Are there any Greeks in this publication? (1)

Posted on August 14, 2017 by Vassilis Lambropoulos

Comparisons of Hebraism and Hellenism are often marked by an extraordinary void,
the absence of any modern Greeks. While such comparisons always refer to Jewish figures of modernity and cite Jewish writers, Greeks of the last three centuries are absent both from these surveys and their sources.

Most recently I was intrigued by the subtitle of a new book by Zahi Zalloua (Professor of French and Interdisciplinary Studies at Whitman College),” Beyond the Jew and the Greek”, and tried to find out who are some representative figures of the two archetypes in it.  This subtitle is explained in the “Epilogue: “The figure of the Palestinian, traced in this study, declines the phantasms of the Jew and the Greek: the Jew and the Greek conceived either as figures of exemplary wholeness or monolithic entities” (131). 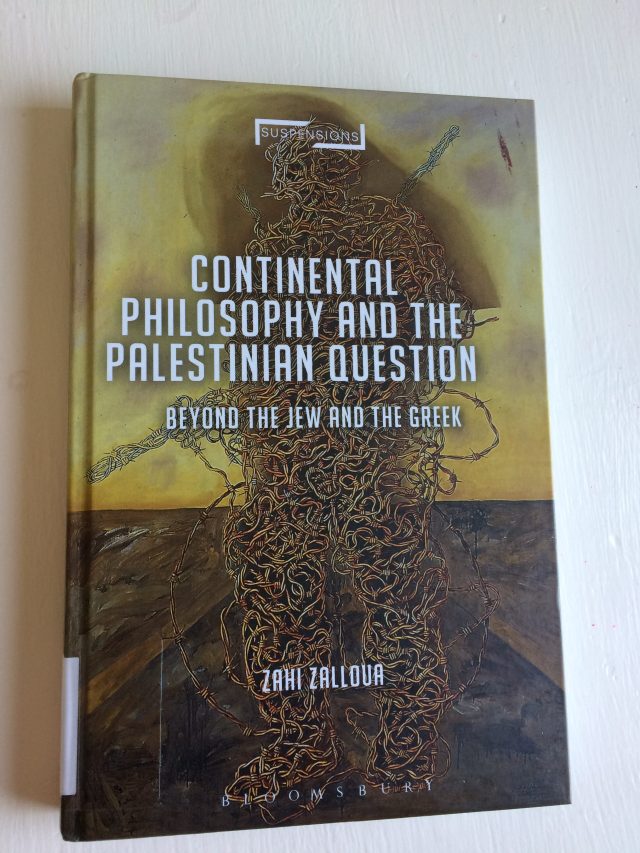 Already the “Introduction” refers to Marx, Dreyfus, Adorno, Levinas, Derrida, and Oz
as well as non-Jewish writers on Jewish tradition from Bauer to Arnold and Sartre.
The entire book refers to these and many other thinkers and scholars who represent and/or reflect on the Jews of modernity.

There is a major problem, however. There are no Greeks in the book,
neither ancient nor modern, neither in the argument nor in the bibliography.
The only Greeks mentioned (briefly) are those generic ones attacked by supreme anti-Hellene Emmanuel Levinas (as well as myself on Levinas in a footnote).  If other comparisons between Hebraism and Hellenism eliminate modern Greeks, this one eliminates all Greeks indiscriminately.

The book claims justifiably to go “Beyond the Jew” as it discusses the “Jewish question,” “deconstructs Zionism,” and critiques “Israel’s autoimmunity.”  But it cannot claim to go “Beyond … the Greek” because it acknowledges no Greeks:  None is discussed in any manner.  To its author, the Greeks are worse than dead, they are non existent.

Why would a book that defends the rights of a people, the Palestinians, deny another people, the Greeks, their very existence?  Because, in order to give the “Palestinian question” equal legitimacy with the “Jewish question” it is necessary “to think of the Jew and the Palestinian contrapuntally” (129) – using here an adverb with Saidian echoes – which means that the Greeks must be eliminated from the traditional Hebraism-Hellenism counterpoint altogether.

“How can Palestinian lives matter (again)?” (131) One way, this book argues, is to take the place of the Greeks in all discussions of the Jews.